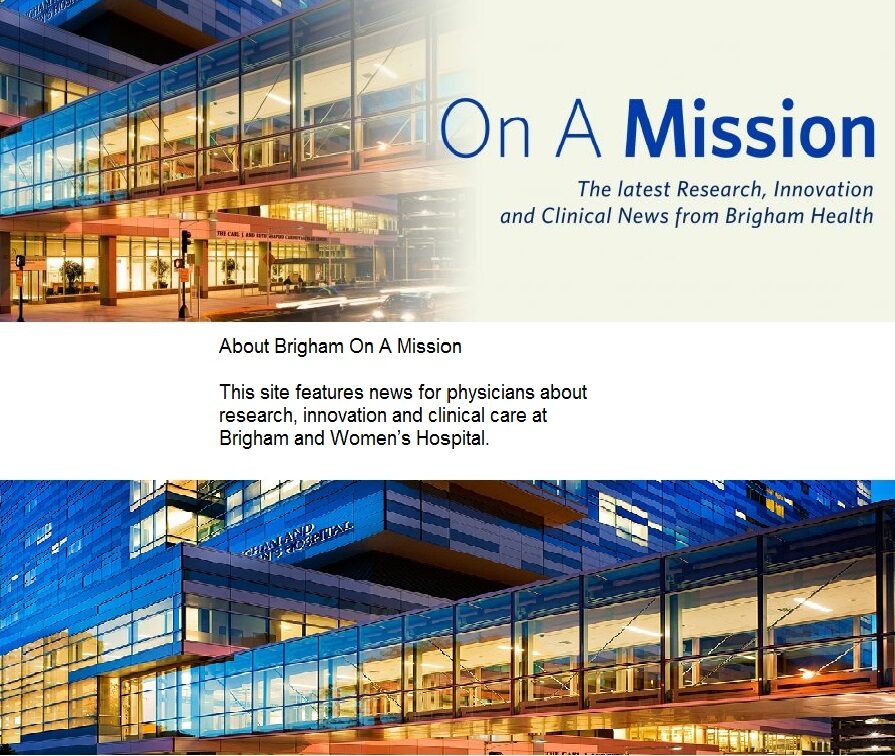 According to the World Health Organization, more than half of all married or in-union women of reproductive age use some form of contraception. Additionally, the number of women around the globe who either use contraception or have an unmet need for family planning is expected to grow by more than 900 million over the next decade.

One popular form of birth control is injectable hormonal contraceptives, predominantly the progestin-only form known as depot medroxyprogesterone acetate (DMPA, Depo-Provera®). Yet growing evidence has linked this form of contraception to an increased risk of HIV acquisition and transmission. Researchers at Brigham and Women’s Hospital are focused on determining the underlying causes for this connection and getting the word out about this important public health issue, which affects both women and men.

“This situation is particularly concerning because DMPA is the most commonly used contraceptive method in sub-Saharan Africa, the region that bears an estimated 70 percent of the global HIV infection burden,” said director of the Laboratory of Genital Tract Biology at Brigham and Women’s Hospital and Harvard University. “Our research provides a biologic explanation for the risks and variations in vulnerability to the potential adverse effects of hormonal contraception.”

Work coming out of Dr. Fichorova’s lab also has contributed to the understanding of inflammation and dysbiosis in women and newborns. Other research has looked at how bacteria, protozoan parasites and viruses act in concert to modify human host immunity. In 2018, Dr. Fichorova’s team received an Innovation Award from the Brigham Research Institute to translate their research and recently filed inventions into a novel live biotherapeutic for treatment of vaginal dysbiosis to prevent these conditions.

For the past five years, much of Dr. Fichorova’s research has focused on understanding how and why certain types of hormonal contraceptives change a woman’s biological defenses against infections—and HIV infection in particular. “If we can unveil the molecular pathways that lead to a predisposition to infection, we can discover novel drug targets for preventive medicine,” she said. “At the same time, we hope to lift a significant barrier to the rational design of new, safer contraceptive technologies.”

In one study, Dr. Fichorova and her colleagues analyzed cervical swabs and other data taken from more than 800 women enrolled in family planning clinics in Uganda and Zimbabwe. A major finding was that DMPA was associated with cervical immune imbalance and biomarkers of inflammation that were also associated with higher risk of HIV seroconversion in these women in the next three months.

The team also found higher shedding of HIV in those who seroconverted, thus suggesting pathways for both higher acquisition and transmission of the virus. They showed that DMPA had even broader immune-suppressive effects when acting on the background of abnormal vaginal microbiota characterized by lower abundance of lactobacilli and overgrowth of potentially pathogenic residential bacteria, a condition most often diagnosed as bacterial vaginosis. The data suggested that not only sexually transmitted infections such as herpes but also non-sexually transmitted reproductive tract infections and dysbiosis can make women more vulnerable to the side effects of DMPA.

To a lesser extent, changes in the cervical immune environment were also found in women taking a type of oral contraceptive where another synthetic progestin (levonorgestrel) was combined with synthetic estrogen.

Dr. Fichorova’s lab also has brought to the spotlight the fact that certain species of lactobacilli act as a sentinel of good health in the female reproductive tract, emphasizing the importance of treating conditions that are not sexually transmitted, such as bacterial vaginosis and yeast infections. Non-sexually transmitted vaginal bacteria prevalent in bacterial vaginosis can ascend to the uterus and cause placental epigenetic changes and systemic perinatal inflammation, leading to serious adverse reproductive and child health outcomes.

“Research enabling the design of safer contraceptive technologies is urgently needed. Women of reproductive age should not have to face impossible choices between preventing an unplanned pregnancy and preventing a devastating infection,” Dr. Fichorova concluded. “Understanding, properly diagnosing and treating non-sexually transmitted vaginal dysbiosis should be promoted as a powerful tool for prevention of contraceptives’ side effects as well as adverse pregnancy outcomes.”

Source: On a Mission: The latest Research, Innovation and Clinical News from Brigham Health